As I read the news I feel an overwhelming sense of concern about the future of leadership in the Western world.

The world is facing unprecedented complexity and uncertainty. The speed, volume and impact of change is growing on an almost daily basis. The way we have led in the past is less suitable for today’s context and demands, and we need to create space for other forms of leadership to emerge and grow.

Neuroscience tells us that the human brain craves certainty and autonomy.[i] The current global context means that the gap between what is certain, predictable and known is now bigger than ever before, but this doesn’t stop the brain’s consciously or subconsciously craving for certainty and control.  Leaders like Trump, Farage and Le Pen are playing on our frailty as human beings by offering a seductive vision of security, certainty and safety. 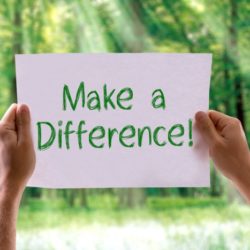 Navigating complexity and uncertainty requires different leadership traits. At the heart of these traits is an ability to acknowledge and work with what is emerging. Leaders like Trump, Farage and Le Pen are at best pretending that they can exert control (or the illusion of control) on what are largely uncontrollable forces or at worst pretending that they can somehow turn the clock back on what is and make things as they were.

Acknowledging and working with what is emerging requires humility, openness, curiosity, collaboration, compassion and a desire to serve others. Trying to lead in this context using macho command-and-control leadership is not just ineffective, it is counterproductive and damaging. This model of leadership seeks to over-simplify what is complex, promise certainty where there is no certainty and align people behind single ‘hero leaders’ rather than enable all.

The problems of mass migration, war, inequality and climate change cannot be resolved through this type of leadership thinking, and nor can the complex issues that business leaders face. The job now is to engender leadership ecosystems in which everyone can contribute, not perpetuate hero leaders.

So what has this got to do with feminine leadership?

When I ask groups of participants on programmes to identify the leadership traits that prevail and are prized in their workplaces, they commonly identify traits such as drive, competitiveness, independence, ability to challenge, focus and logic. These are masculine leadership traits, or put simply, traits that people perceive to be masculine regardless of the gender of the person exhibiting them.

Are these leadership traits needed? Of course they are, but they are not the whole story of what is required if we are to thrive, and indeed survive, in this changing world. Feminine leadership traits include collaboration, compassion, interdependence and ability to listen.

The problem we face is that many of the prevailing mental models of what good leadership looks like are based on masculine traits because these are historically what was required. Organisations have spent years recruiting and developing people with these traits in mind. HR communities have developed reward frameworks which encourage and embed these traits. We have been programmed by society to recognise these traits as ‘strong’ leadership.

The traits that will allow us to deal with the increasing complexity and uncertainty in the world are predominantly feminine traits, yet these traits are often not recognised as leadership and are not sought out, prized and nurtured in organisations. Many leaders, whether male or female, have learned to tune down their feminine leadership traits and tune up their masculine ones in order to get on in a world that places higher value on the masculine behaviours.

In a nutshell, what this means is that people, regardless of their gender, who possess feminine leadership traits urgently need a bigger voice in the world if we are to navigate the challenges ahead.

Here are some ways to give feminine traits a greater voice in the world:

The power to create a wiser, fairer and more compassionate world is not in the hands of politicians like Trump, Farage and Le Pen; it’s in the hands of each of us as leaders. We need to embrace and use both feminine and masculine leadership traits, step out from behind the hero leaders and make our voices heard.

In so many companies mastering the transition between vision and action, and finding leaders who can bridge that gap and lead can be compared to finding a needle in a…